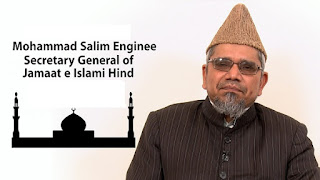 New Delhi:Jamaat-e-Islami Hind has welcomed the government’s move to bring an ordinance awarding death penalty to those convicted of raping girls below the age of 12 years.

In a statement to the media today, the Secretary General of JIH, Muhammad Salim Engineer said: “we welcome the government ordinance awarding death penalty to those convicted of raping girls below the age of 12 years. We support the Criminal Law (Amendment) Ordinance 2018as it allows the setting up of new fast-track courts and installation of special forensic kits in all police stations and hospitals to expedite investigation in rape cases. Jamaat feels that capital punishment is necessary to deliver justice to the victim and also act as a deterrent for such heinous crimes. It has been demanding death penalty for every rapist irrespective of the age of the victim’’.

Salim Engineer said: “we demand a complete ban on alcohol and pornographic videos, as they too aid and abet the growing incidents of crime against women. Jamaat had taken a similar position at the time of Nirbhaya gang rape and recommended capital punishment for the rapists in its submission to the Justice VermaCommittee that was constituted to recommend amendments to the Criminal Law so as to provide for quicker trial and enhanced punishment for criminals convicted for rape. Considering the severity of the punishment, Jamaat demands the investigation to be thorough and backed by solid evidence ’’.