Govt pulls back controversial order mandating prior approval for international webinars, after strong opposition from scientists, academics and NGOs including Jamaat-e-Islami Hind 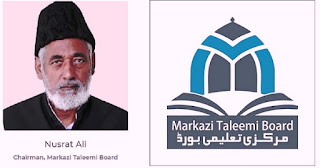 New Delhi, 25th Feb. 2021: The government has withdrawn an order which had mandated prior political approval for hosting international online conferences or seminars, following strong objection from scientists, academics and NGOs including Jamaat-e-Islami Hind.

A new order by the Ministry of External Affairs, said on Wednesday, “in view of the easing of restrictions on travel and assembly of people by the government of India, and state governments, guidelines issued… (on) November 25 regarding political clearance for international conferences/seminars/training etc due to Covid19 pandemic are no longer applicable.”  “All such events will, however, continue to be governed by the same rules and regulations that were applicable to political clearances prior to the Covid-19 pandemic,” it said.

This November 25, order was echoed by the Ministry last month, asking all government institutions, including publicly funded institutions, to seek prior permission from “administrative Secretary” for holding online events. As mentioned in the November 2020 order, it had also asked the authorities considering these requests to ensure that the subject matter of such events did not relate to “security of State, Border, North East States, UT (union territory) of J&K, Ladakh, or any other issues which are clearly/purely related to India’s internal matters”.

In a press statement on Wednesday, Chairman of Jamaat-e-Islami Hind’s Markazi Taleemi Board (Education Board), Nusrat Ali has registered a strong objection to the government order asking all government entities, including Public Sector Undertakings, public-funded universities and institutions controlled and run by the Union and state governments to get prior approval from the union government for organizing any online/virtual international conferences/seminars/training etc. He said, “We feel that this order is an open curb on the basic freedom of citizens; it will hamper access to latest thoughts on social sciences, stifle scientific discussion and put obstacles in the path of the younger generation who wish to explore new vistas of humanities, science and technology. This will lead to a decline in our academic progress, as we will be deprived from seeking the best international expertise.  On the one hand, in the NEP-2020, the government determines to make India a world leader in the field of education, on the other hand, such curb, undermines our country’s credibility and research process”. Demanding the government to reconsider this order, he asked the government to keep away from politicization and bureaucratic control of universities. “It must adhere to the commonly accepted fact that universities are places for the contest of ideas and thoughts. They flourish when given freedom and a global outlook,” he added.  The Markazi Taleemi Board is a department of the Jamaat-e-Islami Hind that runs and manages schools all over the country, produces textbooks in various languages, organizing training programs for teachers and undertaking various endeavours to improve the standard of education of educational institutions.

The Indian Academy of Sciences and the Indian National Academy of Sciences representing more than 1,500 scientists and academics wrote to Union Education Minister recently, seeking withdrawal of the restrictions saying the directive could make it difficult to conduct any open scientific discussion.

NEW DELHI: Muslim women intellectuals and scholars from around the world have unanimously given a clarion call to adopt Islamic teachings for nurturing a happy family and a stronger society. 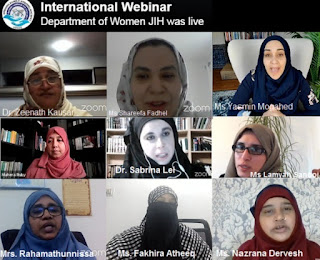 They were speaking at an international webinar on the central theme of the ongoing 10-day campaign `Strong Family, Strong Society’, organized by the Department of Women, Jamaat-e-Islami Hind (JIH).  The campaign is being conducted from 19 Feb. to 28 Feb. 2021.

Renowned Malaysian educator and scholar Dr. Zeenath Kausar expressing her views on the topic ‘Present Scenario of Families across the World’, said, “now there are decreasing rates of marriage and increasing rates of divorces and emerging new non-conventional families including LGBTQ.  The root causes for them are the liberalism and feminist ideologies of the West. Now new liberal and radical thoughts, which are emerging from them, have direct evil implications on the institution of the family. One of them is absolute sexual and reproductive rights, which actually means separating sexuality and reproductive rights from marriage and the family. Secondly, in vitro fertilization, surrogate mothering and several other technologies which are exploited by non-marital reproduction components. For that reason they have created avenues for non-marital families and adultery.” She has underlined that family is the primary institution from which all other institutions emerge. “If there is no family, there will be no institution and no institution means no society. If there is no society, there will be a jungle of wild forest of unorganized human beings. Family is the first university which teaches us values of love, care and sacrifice,” she added.

An Arab female entrepreneur and scholar from Qatar Mrs.Shareefa Fadhel speaking on `Impact of Family Condition on Economic, Social and Political Scenario’, focused on the husband-wife responsibilities, distribution of works, home economics and housekeeping.  Calling households just like small firms and businesses, she said that they played a main role in social production as well as a large role in the development of the country and the economy. She called for recognizing the value of domestic work, mother, and the extended family. “Teach your children the basic economics. It includes roles and responsibilities, planning, teamwork, savings and investments, and creating a reward system. Women have an important role. If you are a woman, take care. You are an important brick of society like a man. Marriage is the binding and joining of two parties beyond two people. It is between two families and two communities. A new brick is laid with every new formation of a family and that is an integral part of society,” she added.

Expert on the family issues, Dr. Mahera Rubey, from the United Kingdom, talking on ‘Building bond between husband and wife’, stressed upon developing the attitude of Gratitude. She cited various verses from the holy Quran and sayings of Prophet Mohammad (PBUH) for strengthening the conjugal relationships. She quoted the Quran, which says, ‘Another of His signs is that He created spouses from among yourselves for you to live with in tranquillity: He ordained love and kindness between you.’  Citing the Prophet quotation, she has explained that love and security are the two essentials, which a spouse needs from the partner. The Prophet said, “the best of you is the one who is best to his wife and I am the best of you to my wives.”

Noted woman Muslim scholar from Italy Dr. Sabrina Lei, presenting her views on the topic `Family Life Supports and Safeguards Spiritual and Moral Aspects of Life’, has thanked Jamaat-e-Islami Hind for conducting the campaign on a theme, which is not only important for the Muslim community but for the future of the world. She said, “India is known for tolerance and harmony. I pray to Allah for strengthening peace, justice and harmony in the country. They are also required for nurturing a family system, for which Islam teaches us.”

Concluding the webinar, the Campaign in-charge and Co-secretary of Jamaat-e-Islami Hind Mrs.Rahamathunnissa, said, “if you want to maintain a good relationship, let us focus on the good aspects of the people. Islam teaches us a very practical, simple and natural system of the family life. Let us adopt it and learn more about it. We become more spiritual and complete our faith by getting married. So, my advice to youngsters is to get married without delay. The basic idea of the family system, why Islam has given it importance, is because every person’s basic need is fulfilled in it. That is why it is considered worship in Islam. In the name of liberty, people abandon families and values. Later, they ironically get enslaved and trapped in unwanted relationships and drug addiction. Initially, they get attracted. But in the long run, when they lose charm, beauty, and health they realize what went wrong.”

Ms. Fakhira Atheeq, Assistant Secretary of JIH Women’s department proposed a vote of thanks to the speakers, the participants and the hosts.