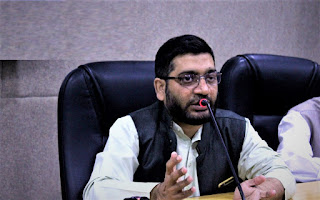 New Delhi, 03 Nov. 2019: The President of Jamaat-e-Islami Hind (JIH) has exhorted its workers to maximize and diversify their efforts in the field of social-service in order to play a major role in the nation-building process.

Delivering his inaugural address at a national social service workshop conducted in Delhi, Jamaat’s President (Ameer) Syed Sadatullah Hussaini has said that affection towards every human being irrespective of his caste, creed, and religion should be the fundamental driving force of our social-service activities.

"The service to humanity is one of the cardinal ideas that Islam stands for universally. By embarking on a life dedicated to humanity, one ensures the pleasure of Creator and reflects the real essence of Islam" he added.

"Social Service should not confine itself to mere distribution of essential commodities, aid and charity, rather it should usher in optimum solutions for the challenges confronting us and ensure a capacity-building mechanism for the needy sections of the society," he reminded the volunteers.

The two-day workshop was organized by the central social service department of Jamaat-e-Islami Hind. Secretaries of state-level departments and representatives of various service groups and organizations floated by the Jamaat have attended the two-day event.Other leaders including the Jamaat’s Vice Presidents and Secretary General also shed light on different topics of the workshop.
Email ThisBlogThis!Share to TwitterShare to Facebook