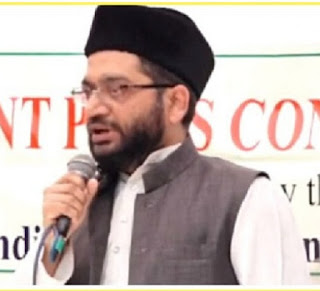 New Delhi: Jamaat-e-Islami Hind (JIH) has condemned the recent atrocities of Israel in Gaza and urged all justice-loving people of India to do the same.

In a press statement issued to the media, JIH President Syed Sadatullah Hussaini said: “the recent attacks by the Israeli Defense Forces on Gaza have resulted in more than 34 Palestinian deaths including eight members of a family leaving an infant orphaned. We condemn this aggression unequivocally and urge an immediate cessation of any further attacks on Gaza. The Israeli approach of intimidation and escalation without any regard to international norms of avoiding civilian targets is highly reprehensible. However, it is strange that this Israeli approach of unaccountable violence on an entire nation has not invited the censure of governments, civil society and the media. We urge the justice-loving people of India, our Muslim leadership, various political parties, the government of India and media to condemn this deplorable attack on the people of Gaza and support the Palestinian cause in attaining freedom from Israeli occupation.”

Serving a reminder, Mr.Sadatullah stated: “India has always fought imperialist powers and supported countries in their struggle against imperialism and apartheid. The absence of any condemnation over the killing of innocent Palestinian lives shall embolden Israel to continue its atrocities without accountability. The people of Palestine rely on India for supporting its struggle for an independent state. We must not let them down, in their hour of need.”
Email ThisBlogThis!Share to TwitterShare to Facebook