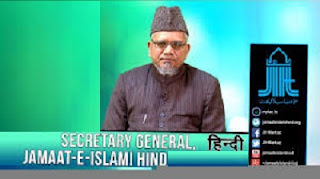 New Delhi, Nov. 26, 2017: Jamaat-e-Islami Hind (JIH) has condemned the attack at a mosque in Northern Sinai, Egypt that reportedly killed more than three hundred people and injured several. The Secretary General of JIH Muhammad Salim Engineer said: “We extend our deepest condolences to the families of those killed and pray for the speedy recovery of the injured at the Rawdah Sufi Masjid in Bir al-Abed.”

He calls for the quick apprehension of the culprits and appeals to law enforcement agencies in Egypt to take all necessary precautions to ensure the safety of all places of worship in their country.  Salim Engineer said, “It seems a conspiracy to divide Egyptian particularly those against the illegitimate military rule and to justify military operations on them. There is no place for such violence unleashed on innocent citizens and worshippers in a civilized world and we condemn it in the strongest possible terms. Muslims must guard themselves against conspiracies and subversive activities aimed at destabilizing their regions and pushing them towards civil war. This will only serve the agenda of the enemies of Islam who want to continue their global hegemony and continue the imperialist designs by selling arms and ammunition to Muslim countries”.

The Secretary General hoped that Muslims of Egypt will continue to display patience and courage in this grave hour and defeat the evil design of those who do not value life and want to create ”fasad fil arz” (corruption on earth)”.
Email ThisBlogThis!Share to TwitterShare to Facebook