In Babri Case, LK Advani, Others Get Bail, Ask Court Not To Frame Charges

The Supreme Court had directed that BJP leaders including LK Advani, Murli Manohar Joshi and Uma Bharti, would face trial for conspiracy charges in Babri case. 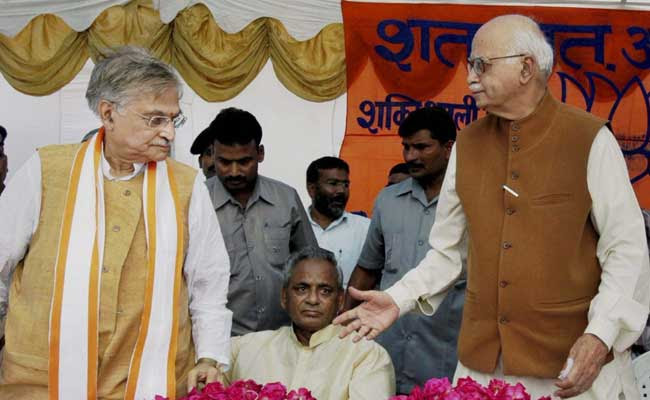 Babri case: BJP's LK Advani, minister Uma Bharti and MM Joshi to appear in UP court today
LUCKNOW:  Senior BJP leaders LK Advani, Murli Manohar Joshi and Union Minister Uma Bharti faced a court in Lucknow today in the case related to the 1992 razing of the Babri mosque in Ayodhya and requested that they be let off. In a discharge petition right after they were granted bail as part of legal procedure, the leaders told the special court they had no role in the mosque razing and tried to stop it, so they should not be tried for conspiracy. Mr Advani, 89, made his second court appearance in the case in 25 years.
Here is your 10-point cheat-sheet to this story:
Email ThisBlogThis!Share to TwitterShare to Facebook