India Tomorrow
NEW DELHI, DECEMBER 17— The top leaders of India’s largest Muslim organizations have decided to jointly launch “an organized campaign” against the controversial Citizenship (Amendment) Law which discriminates with Muslims on the basis of religion.

“We strongly condemn the Citizenship (Amendment) Law and consider it against the fundamental structure of the Constitution and constitutional values. We appeal to all peace-loving people of the country to oppose this law and put pressure on the government to withdraw it,” said the Muslim leaders in a resolution passed at the emergency meeting held Monday night in Delhi.

The meeting took place two days after police crackdown on the students of Jamia Millia Islamia and Aligarh Muslim University who were protesting against the controversial citizenship law. The police action led to widespread protests at several universities across the country.

At the Monday meeting, Muslim leaders passed a resolution denouncing the police action at Jamia Millia and AMU. They applauded the students for peacefully and democratically protesting against the discriminatory law.

“This meeting strongly condemns the barbarity of Delhi police who brutally assaulted the protesters, barged into library and hostels and beat up the students. We demand independent judicial probe into the police atrocities and guilty officers should be punished,” reads the resolution.

The new citizenship law, passed by the Parliament last Tuesday, will grant citizenship to only non-Muslim migrants from Pakistan, Bangladesh and Afghanistan who are living in India. The new law has removed several restrictions including requirement of document to grant citizenship to the people from Hindu, Sikh, Christian, Buddhist, Jain and Parsi communities. Muslims are apprehensive that when the government will start nationwide process for updation of National Register of Citizens (NRC), Muslims will be held for any lack of documents while others will get through thanks to the new citizenship law.

The Muslim leaders called upon the protesters across the country to remain cautious and ensure that anti-social elements and opponents do not divert the protest or turn it violent. IndiaTomorrow 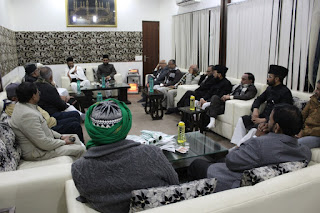 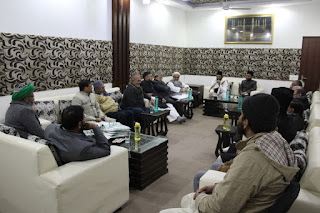