Citizenship Act Protest: Delhi Police say they misjudged scale of protest; they anticipated a crowd of between 100 and 200 but are now faced with more than a thousand people, including both students and members of the public

Delhi Protest: Several protests, led by students, have taken place in Delhi against the Citizenship Act

A protest march against the citizenship law, held by students of Jamia Millia Islamia in south Delhi, ended in violence this evening, practically turning the posh New Friends Colony into a war zone. At least three buses were set ablaze, batons and teargas were used and the police were seen chasing protesters through the streets. The Jamia students have distanced themselves from the violence and senior officers of the Delhi Police privately admitted that local thugs had hijacked the march, setting vehicles ablaze and throwing stones at policemen when they tried to stop them from marching to Jantar Mantar.
Two firemen and one cop were injured and one fire engine was damaged in the protests. Metro operations - Jamia Millia Islamia University is on the city's Magenta Line - were affected, with the entry and exit gates of Sukhdev Vihar Station, Jamia Millia Islamia, Okhla Vihar and Jasola Vihar Shaheen Bagh, as well as Gate No.3 of the Ashram Station, closed.
In a statement released shortly after the violence broke out, the students disassociated themselves from the violence and said they had repeatedly "maintained our protests are peaceful and non-violent. 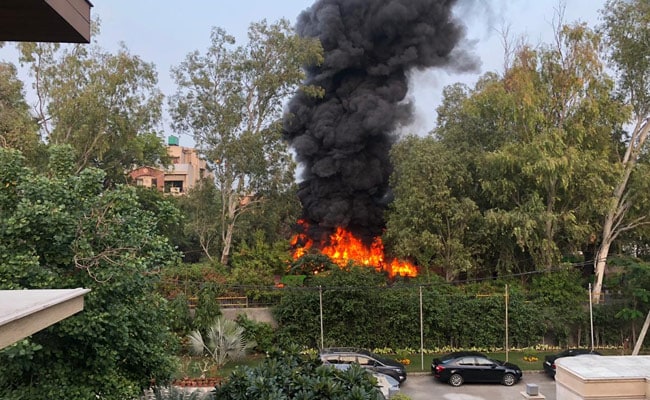 Delhi Protest: Buses were set on fire by protesters against the Citizenship (Amendment) Act
"We have time and again maintained our protests are peaceful and non-violent. We stand by this approach and condemn any party involved in violence. We have maintained calm even when students have been lathi-charged and some women protestors have been badly beaten up," the statement said, adding that violence "by certain elements" was an attempt to vilify and discredit genuine protests
In response to a plea by Jamia Vice Chancellor Najma Akhtar, Miran Haider, one of the protesting students, told NDTV most of the protesting students are still inside the campus and would "follow Constitutional paths" to register their protest. 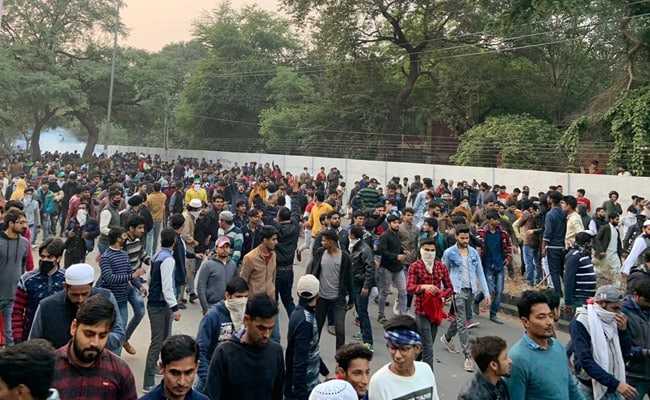 Delhi Protest: Jamia students say they were taking out a peaceful protest march
Ms Akhtar, who also spoke to NDTV, has expressed concern over the safety and security of the students and asked those who left the campus to return.


"I appeal to students to keep peace. Everything will be all right but we can't protect students if they leave the campus," Ms Akhtar told NDTV, adding that some members of the public from the main road that divides the university campus into two may have joined the protest. 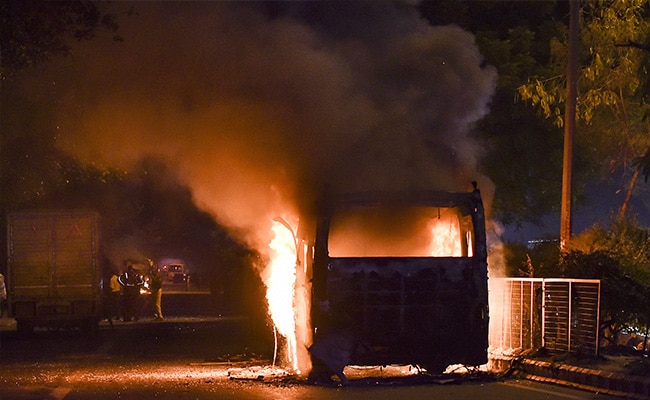 Delhi Protest: Buses belonging to the Delhi Transport Corporation (DTC) were set ablaze
"Anybody who goes out will go at their own risk," she warned students who may have left the campus.
Delhi Chief Minister Arvind Kejriwal has condemned the violence in a tweet on his official account.

Arvind Kejriwal✔@ArvindKejriwal
No one shud indulge in violence. Any kind of violence is unacceptable. Protests shud remain peaceful. https://twitter.com/pti_news/status/1206189382891266049 …

1,538 people are talking about this
Earlier today Prime Minister Narendra Modi, addressing an election rally in Jharkhand, congratulated the people of Assam for "keeping away from violence". "You can easily make out who is spreading violence by the clothes they wear," he said. 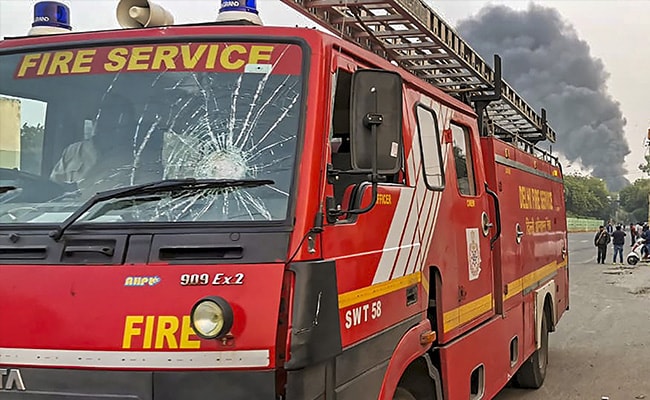 Delhi Protest: Two firemen were injured and one fire engine was damaged in the protests
Massive clashes have taken place in the North East over the past few days, where at least four people died and thousands took to the streets despite a curfew and the deployment several columns of the Assam Rifles.
Today's clash, which comes a day after hundreds of Jamia students took out a protest march from their campus to Parliament to express opposition to the new citizenship law that was passed by parliament last week. The law makes it easy for non-Muslim refugees from Afghanistan, Bangladesh and Pakistan
The violence has also spilled over into West Bengal, where trains were set on fire and roads blocked. Internet services in some districts were suspended today; according to ANI it has been suspended for a 48-hour period in Malda district.
SOURCE:  NDTV
https://www.ndtv.com/india-news/protesters-clash-with-police-in-south-delhi-over-citizenship-law-buses-set-on-fire-traffic-restricte-2149194?pfrom=home-topscroll